What do we know of Antique Scottish Jewellery? Let’s take a walk down the history lane shall we?

Queen Victoria visited Scotland in 1842 and with the beautiful and fascinating scenery all around her she quickly fell in love with the place. Because of her love for Scotland she purchased Balmoral Castle in Aberdeenshire in the early 1850's. 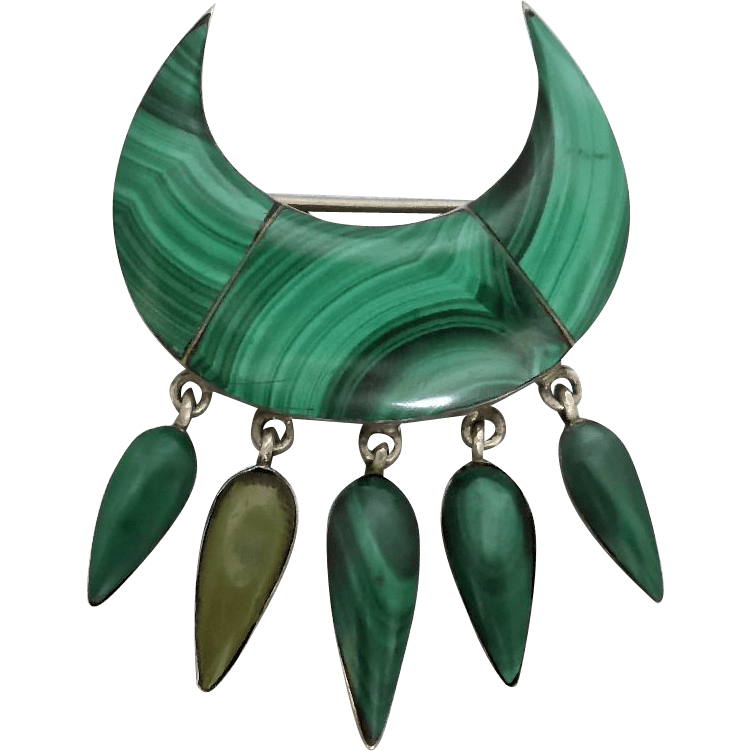 You might be wondering why I made mention of Queen Victoria right? Well, that’s simply because Queen Victoria had a major influence on the rise and fame of Agate jewellery. Yes, she really did love Scottish Jewellery and although Agate jewellery had already been around in Scotland for hundreds of years, it’s easy to see why it gained public allure and attraction. She’s the Queen after all, and along with the aristocracy they had a strong command on fashion trends at the time.

This type of jewellery often referred to as Agate Pebble Jewellery exhibits a colorful and exuberant display of traditional highland themes and signature. During the Victorian Era, incredibly beautiful Scottish jewellery made the rounds. 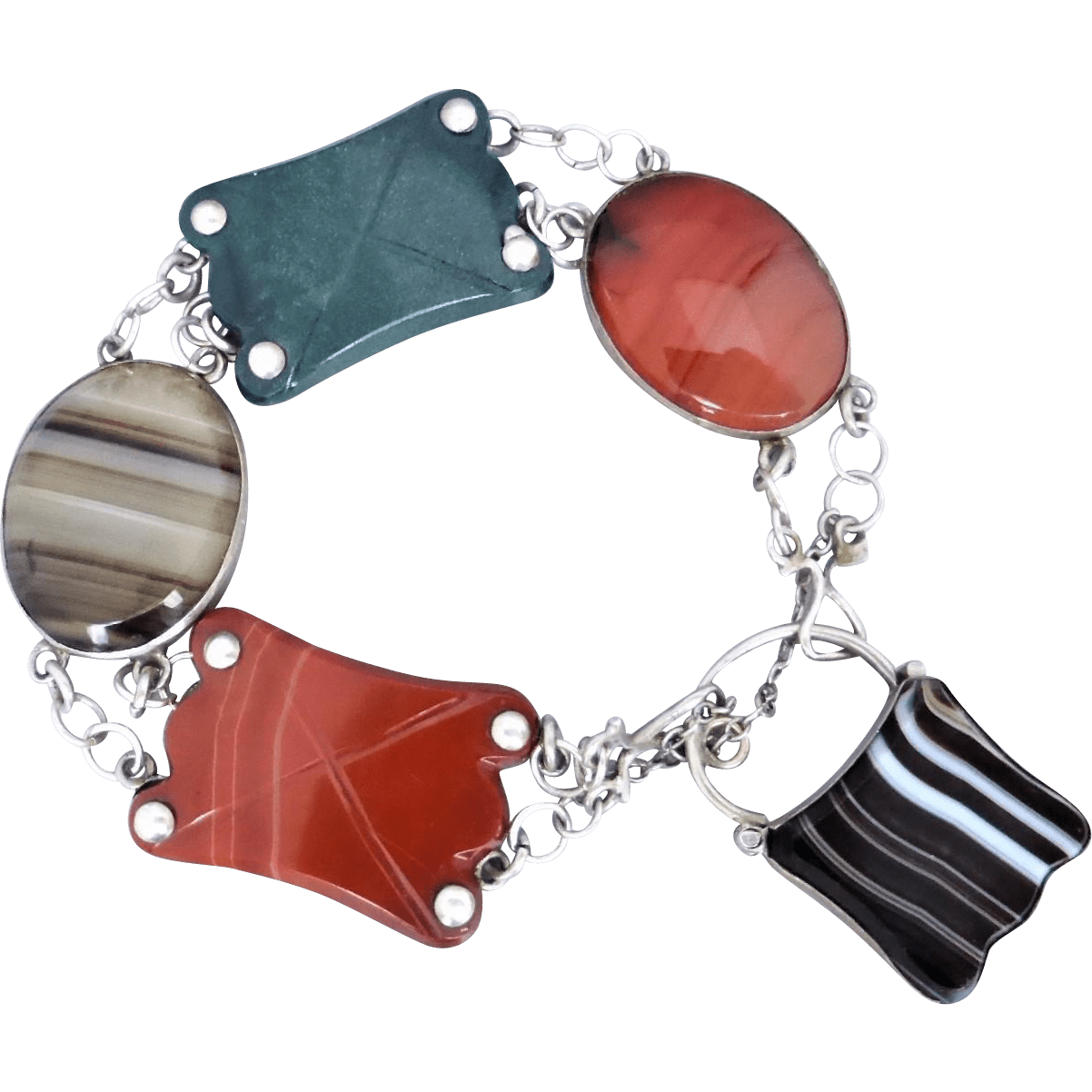 An array of stunning Antique Scottish Jewellery was crafted using different varieties of agate, along with cairngorm citrine, jasper, malachite and granite which had a brilliant array of colors and patterns. A vast majority of these stones were commonly mined in Scotland's hills. Brooches were also routinely worn by the populace and a very good example is the Circa 1870 Scottish malachite brooch pictured.

Still on brooches, popular designs were the plaid brooches. These were agates that were arranged together to form a mosaic. Silver bracelets also had carved agate, which for many of the padlock styles assembled the bracelet together. The pieces were mainly hand-crafted in sterling silver and most were not stamped. 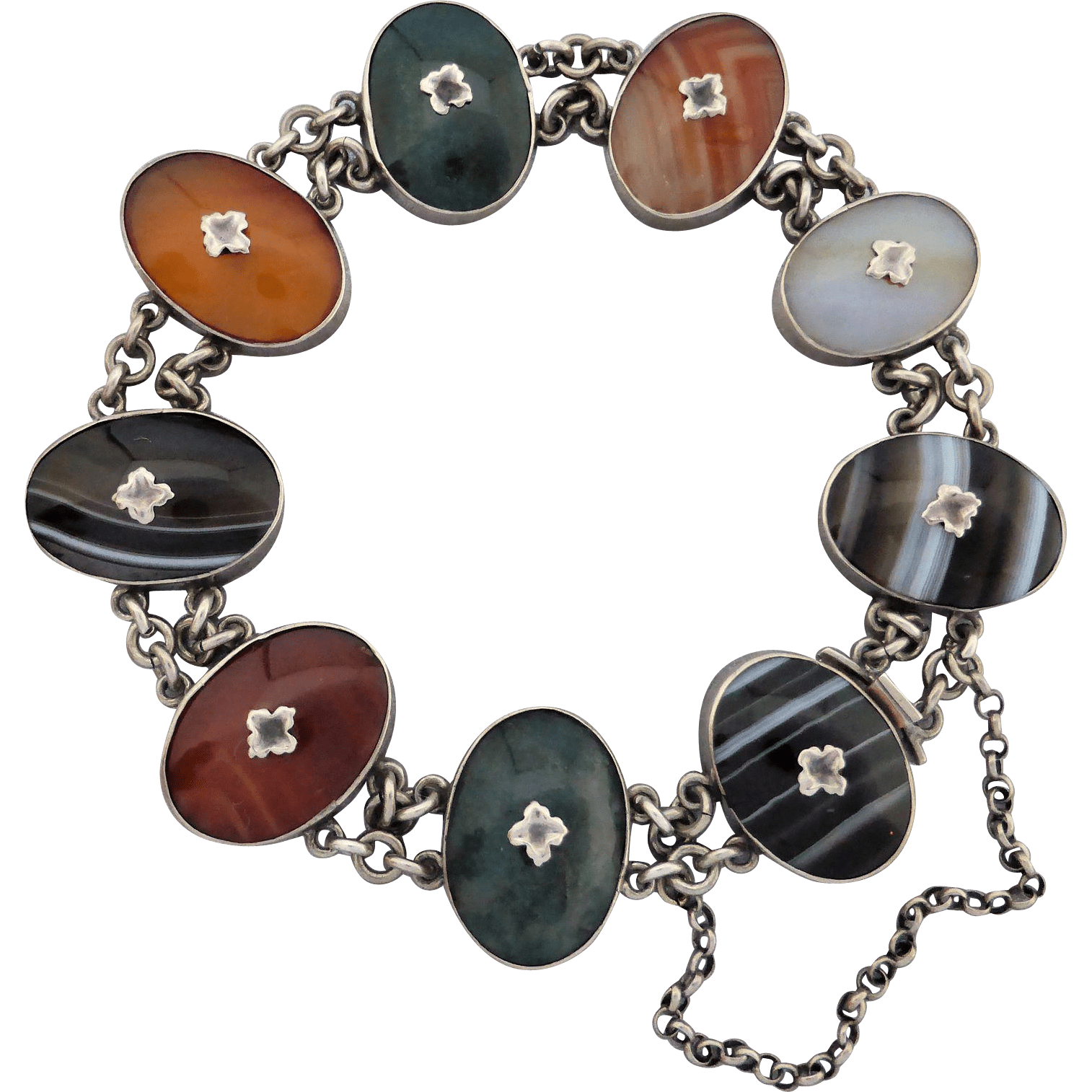 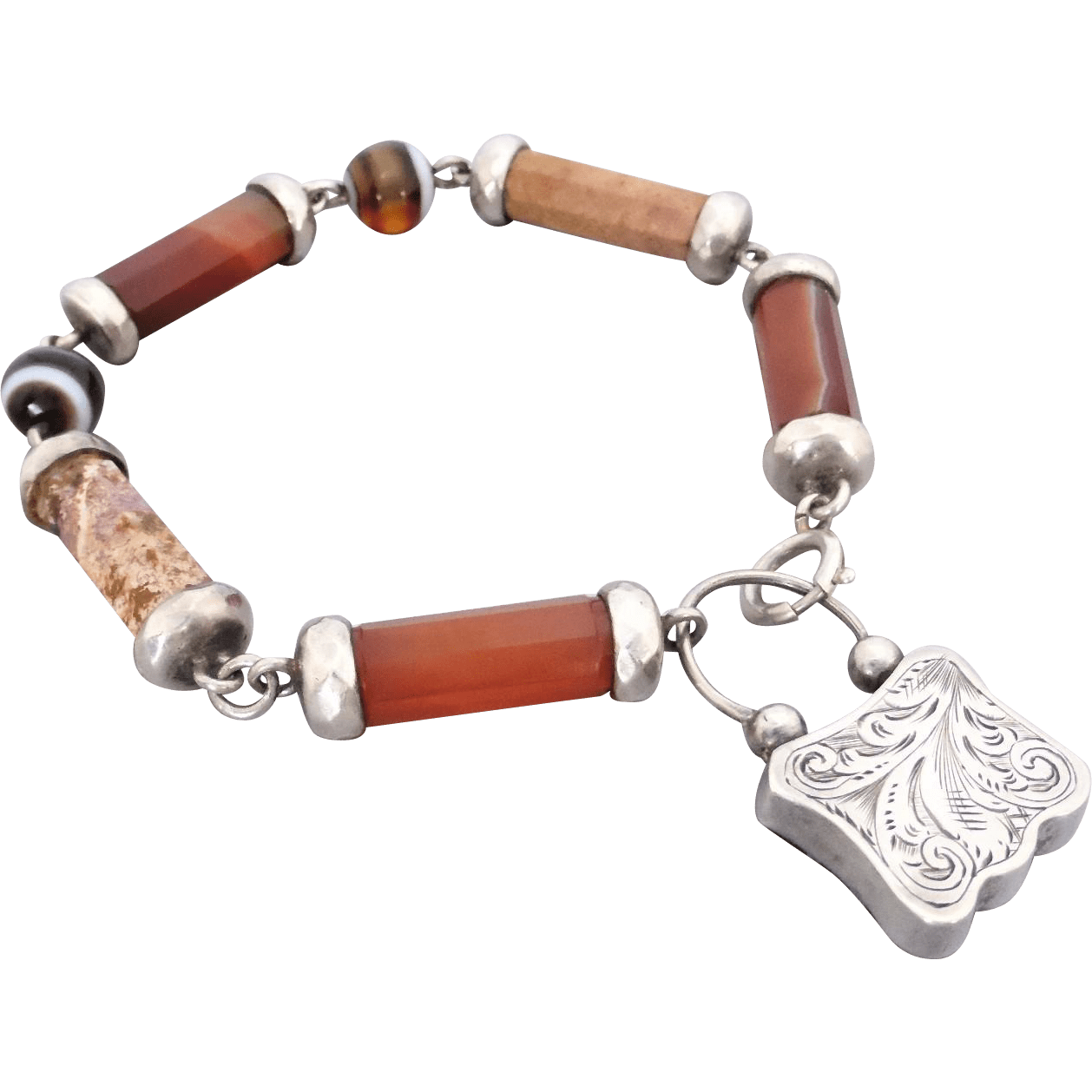 Another Scottish antique jewellery item (although not as 'womanly' admired as the agate jewellery!) was the intaglio fob pendants. These fobs, or otherwise known as seals, were popular throughout history and right up until the early Victorian era. A minority of antique fobs were crafted with the Scottish thistle intaglio and sometimes Scottish dialect too. In Scotland the thistle has always represented bravery, devotion and strength. The intaglio seals were often made of bloodstone or chalcedony with ornate gold-tone tops. They were used to seal envelopes or letters, and also worn as a watch fob adornment by a dapper Victorian gent, so they were always serviceable. 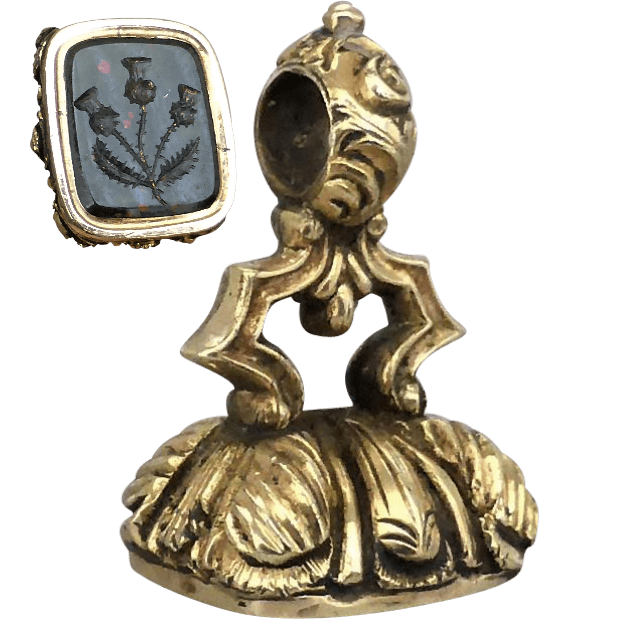 By the 1950s-1970s jewellers saw the demand and opportunity for Scottish jewellery. However, because of the high demand and not being able to keep up with this, they recreated the jewellery, but this time using the cheaper alternate glass instead of real agates. Many of these Scottish jewellery pieces from the 1950's and beyond are sometimes referred to as 'Scottish reproduction jewellery' or 'Scottish revival jewellery'. These pieces are not like their predecessors, with a vast emphasis on modern 'cast' manufacture and Celtic designs rather than the intricate masterfully artisan workmanship of the mosaic pieces and overall fabrication. 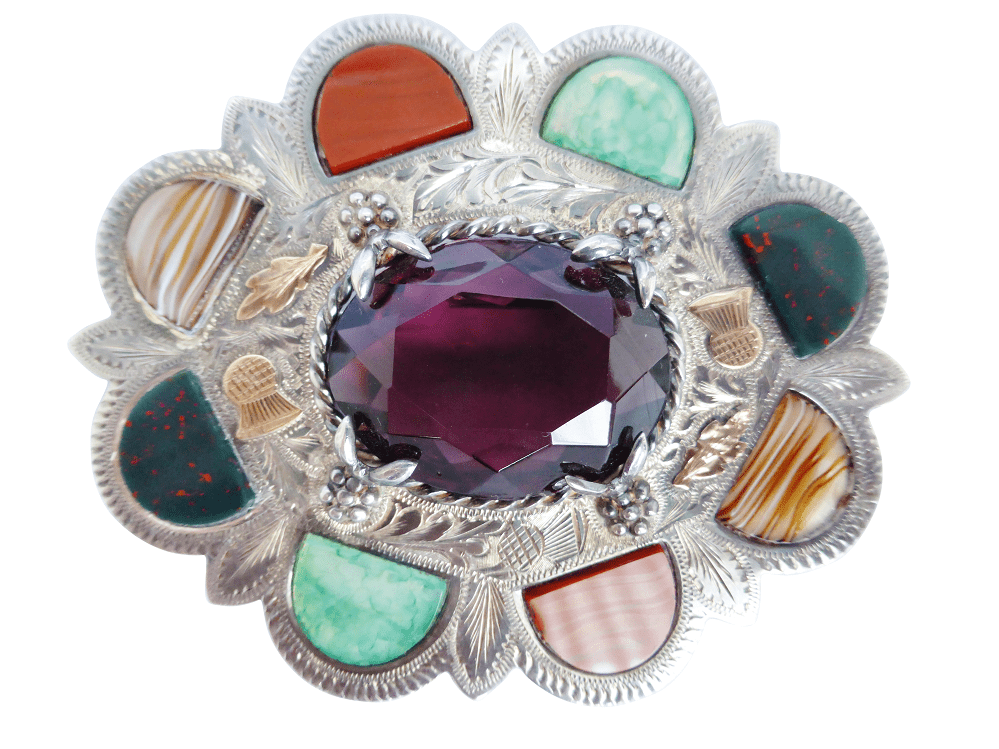 There's no doubt, antique Scottish jewellery is very popular. There is little wonder given its fascinating history, wonderful designs and mix of colours. So next time you come across a gorgeous piece of Scottish jewellery you'll now be a little wiser, and perhaps intrigued as I were.