A wonderful old Dutch peppermint box from the early Victorian era, c1940! The small box is made from 833 silver - a silver standard used in the Netherlands until around the mid 20th century. The round shaped box features an all-over reeded pattern, and there is an un monogrammed shield emblem to the front. The box is hinged and closes with a soft close. In the day the box was probably used as a peppermint or candy box, however today could be used as a pill box or a box to keep your treasured small jewels in. The box measures 2" inches (5cm) across and 1.90cm thick (max). There is a natural patina on the box giving further Victorian charm, but could be polished if desired.

The hallmarks to the box indicate Dutch origin. There is the office mark Minerva head with the letter M in its helmet for the regional assay office of Schoonhoven; Lion Passant walking the right way with the figure 2 under his belly indicating silver fineness minimum 833/1000; the date letter 'F' for the year 1840. A maker's mark on both inside lids looks like a vertical 'K3' - possibly that of maker Adrianus G. Kooiman.

A charming little silver box with oodles of history. A perfect box to house your special small treasures! 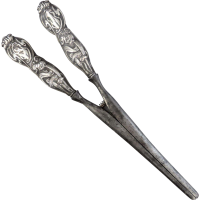 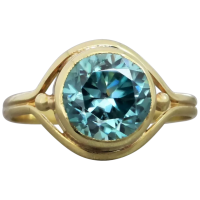 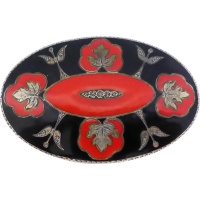