A charming antique pendant from the Edwardian era, c1905! The pendant is made of 9ct gold. A subdued yellow gilding coats the rose gold beneath, which embraces a subtle time-worn, but lovely two-tone antiquity look. The pendant started it's life as a brooch and since has been converted into a unique pendant due to an injured rear pin.

The pendant features a 'map of Australia' detailed with hand engraving of 'Australia', and lines denoting state borders, and includes rivers. It appears the island state of Tasmania has been forgotten about (once again!). A wishbone profile surrounds the map of Australia and there is wire scroll decorating in between the map of Australia and a single star profile to the top. A little white seed pearls rests in the star. The loop for the chain to slide through forms from behind the wishbone top, giving a contemporary twist to the pendant. Artfully unique!

The piece is stamped to the reverse, "9c" denoting 9ct gold and "M" which is possibly the makers mark of Mackay & Co Jewellers of Brisbane, Australia (c1902 - late 20th century)

A wonderful pendant for the avid Australian antique jewellery collector. Perfect for a token of Australia for the traveler or a gift for the homesick working abroad! 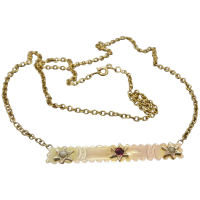 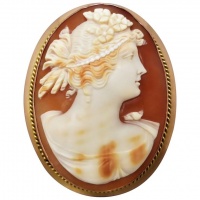 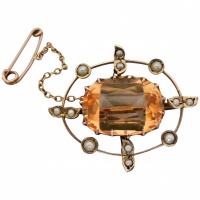 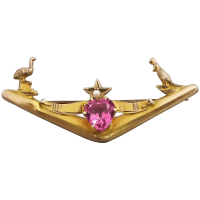 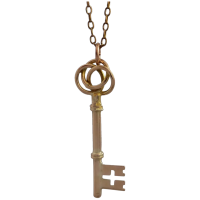 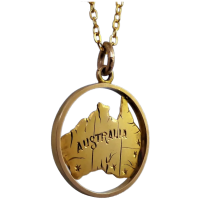