A fabulous antique scarab beetle brooch from the Victorian era c1880! The brooch is made of 9ct rosy yellow gold and showcases three scarab beetle relics!Distinctive beetle jewellery like this one was very popular during the 19th century, influenced from discoveries of ancient archaeological at the time. Egyptian revival jewelry flourished and was inspired by ancient Egyptian imagery such as the scarab beetle and often worn as a talisman - revered to as a symbol of immortality and resurrection. The textured domed beetles are a lovely natural bottle-green hue with almost black near the center and subtle iridescence . Each oval-shaped beetle rests in a double claw smoothed closed-back collet setting. A pin, 'C' catch and small loop are attached to the back. No stamps are sighted to the piece, tests indicate 9ct gold

A unique antique brooch which would make a gorgeous little accessory for the high neck collar, jacket lapel, or scarf! 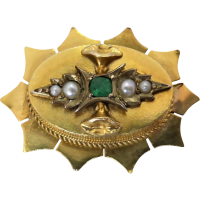 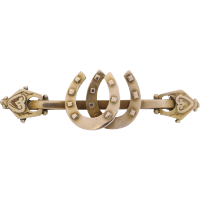 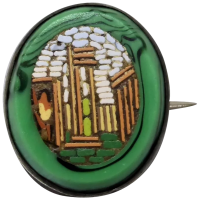 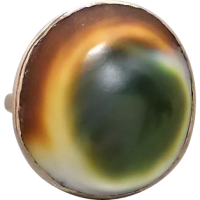